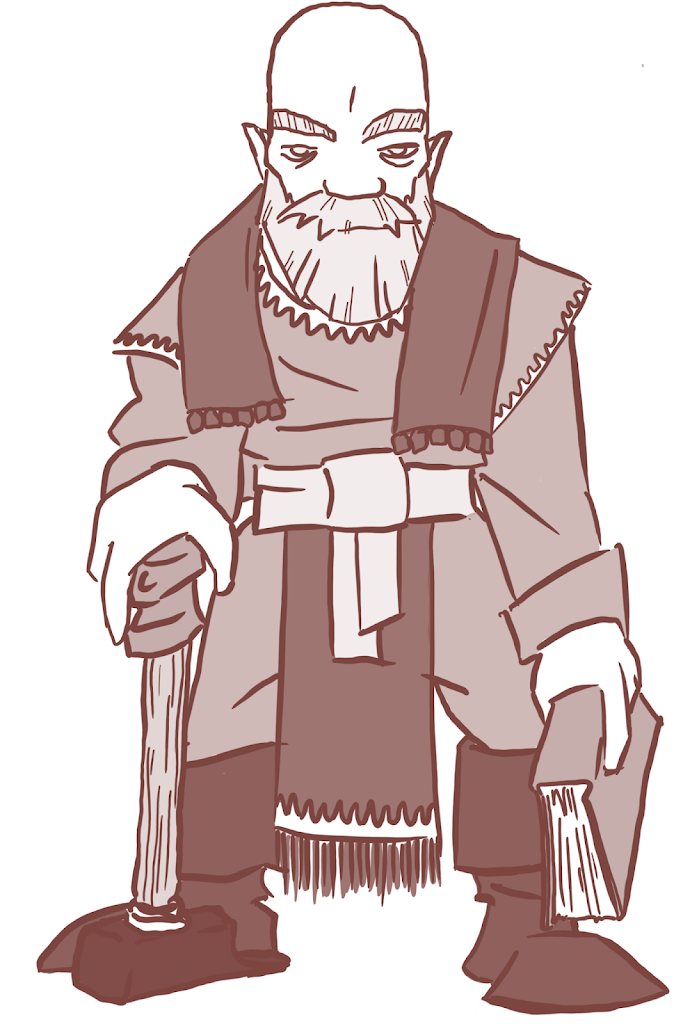 What’s this? A class on my blog without mass randomization at play? Yes indeed, friends!

Mechanically, the minepriest is a dwarf/cleric hybrid which eschews some of the strongest elements of each to land somewhere in the midst of both. It is a formidable class with respect to its tremendous saving throw scores and spells, but it lacks some innate dwarven gifts and receives fewer spells (and fewer powerful spells) compared to the cleric.

It’s AD&D1E Bard levels of tough (or something like that, anyway!) to roll necessary scores to land yourself a spellcasting dwarf, though, and you are still stuck at 12th level maximum. So maybe it balances out. Who cares.

Minepriests are members of a dwarven clerical order responsible for the safety of miners and explorers in the deep seams, chasms, and holes they dig through the acrimonious underworld. They are stewards of faith and valiant defenders of their flock; they are also entrusted with the sacred duty of collecting, preserving, and detailing the various archaeological finds that occur when, all too often, a mine excavates a lost ruin or city far below the surface of the world.

Dwarves rely on minepriests to keep them safe in dangerous territory; their every move beneath the surface of the world is stalked by denizens of the underdark, the very caverns creak as if they seek to cave in at all times, unknown waterways lurk in the darkness ready to sweep through tunnels in a deadly flood, and mysterious ruins filled with devilish traps and curses could be behind each stone removed from the endless digs of the dwarven kingdoms. Minepriests hold an office of high regard in dwarven holds. They are the final arbiter of law in the deepest digs, and truly devout and experienced minepriests are capable of miraculous feats – dwarven holds often celebrate holidays marking famous cave-in rescues or celebrating the lives and deaths of heroic minepriests. It is not uncommon to meet dwarves who tell tales of huge boulders or piles of gravel simply evaporating in the presence of a minepriest who was truly in communion with their god, releasing harried miners from certain doom.

The minepriest must also catalogue and safely transport or destroy relics of bygone ages and civilizations uncovered by the digs of the dwarves under their care. For this reason, they study to learn to read the arcane magical tongue, to detect traps and remove them, and to clear dangerous curses and ancient pathogens hidden within the burial barrows and mazelike treasure coffers of the underdark. Each minepriest swears an oath to protect their flock, to retrieve valuable magical objects or resources safely – or quarantine and destroy those which threaten the hold, at all costs to themselves.

Minepriests must present their findings to their church after each delve and tithe unto the church those rarities and artifacts the dwarven hold deems of special archeological or economical value. As they explore and gain experience, they will be required to undertake special quests or perform feats of faith to their god (defeat a great foe of the religion, gain new converts and followers, build a deepchurch or reconsecrate a despoiled deepchurch held by goblins, etc).

At 9th level, the minepriest may decide to establish their own monastery. They can do so alone (create new settlement) or may negotiate with a dwarven hold that lacks an order of minepriests (join a settlement). As long as the minepriest has not fallen into disfavor with their deity, they construct their new monastery at half cost; that is, due to miraculous assistance from their god, expenditures of 50,000 gold pieces would produce as much completed work as 100,000 gold pieces would for others. 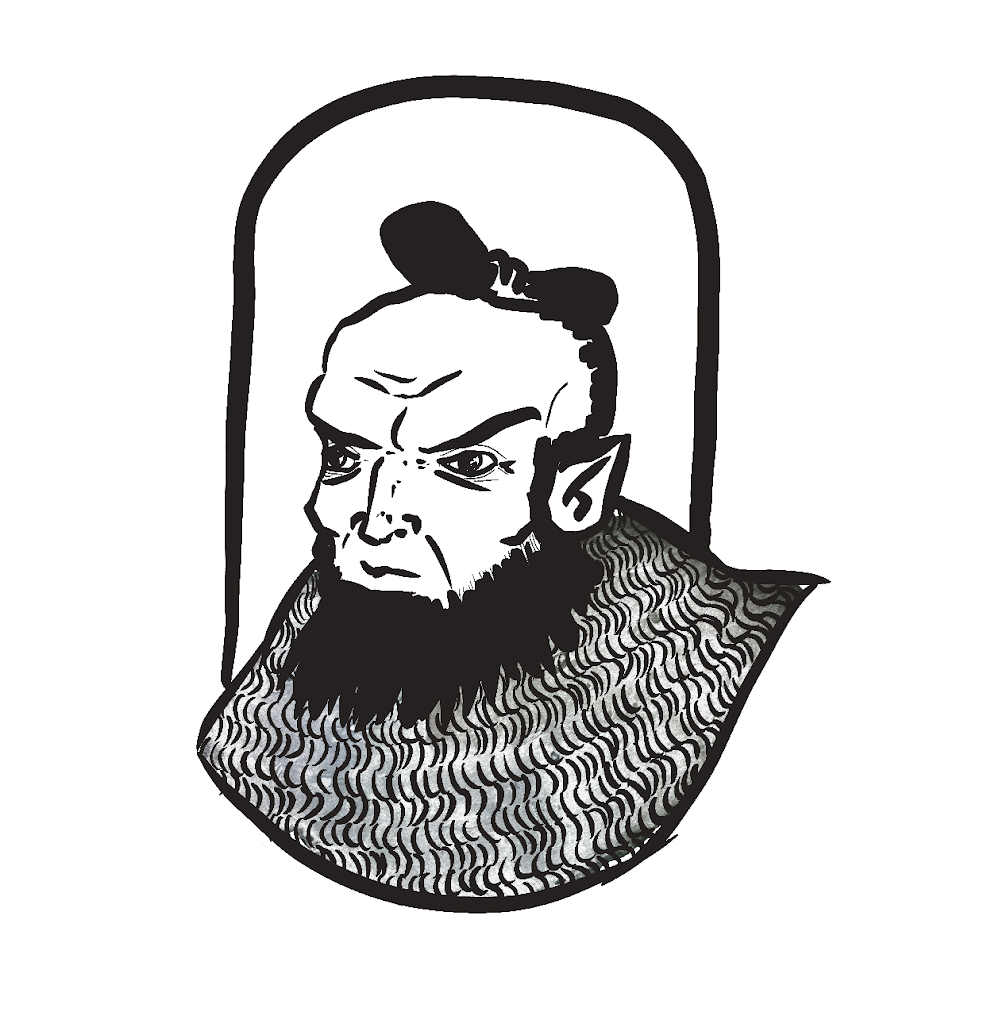 Pay no attention to his chainmail; this is definitely a Minepriest!

Infravision – Dwarves, being magical creatures who are born, raised, and buried deep beneath the earth in most cases, have developed a heat-sensitive form of vision enabling them to see up to 60′ in the dark.
Languages – Minepriests speak Common, Dwarvish, and their Alignment Language. Minepriests also speak the languages of orcs, goblins, and kobolds (or an equivalent umbrella Undercommon, if applicable).

It’s really that simple – a hybrid of the Dwarf and the Cleric straight out of the 1981 Basic/Expert Set version of Dungeons & Dragons. No randomization, no trickery. You could print this out and tuck it into the pages of your Expert rulebook and need nothing else to play it as-is.

I hope somebody feels like taking on the mantle of Minepriest and digging deeper and deeper into the horrible unknown. Or, maybe these are just lore inspirations for your own game. Either way, I just hope it gets put to good use somewhere out there.

If you use the Minepriest class or you want to talk to me about dwarves and how much fun B/X is, you can reach out to me in 280 character bursts over on Twitter at @DungeonsPossums!