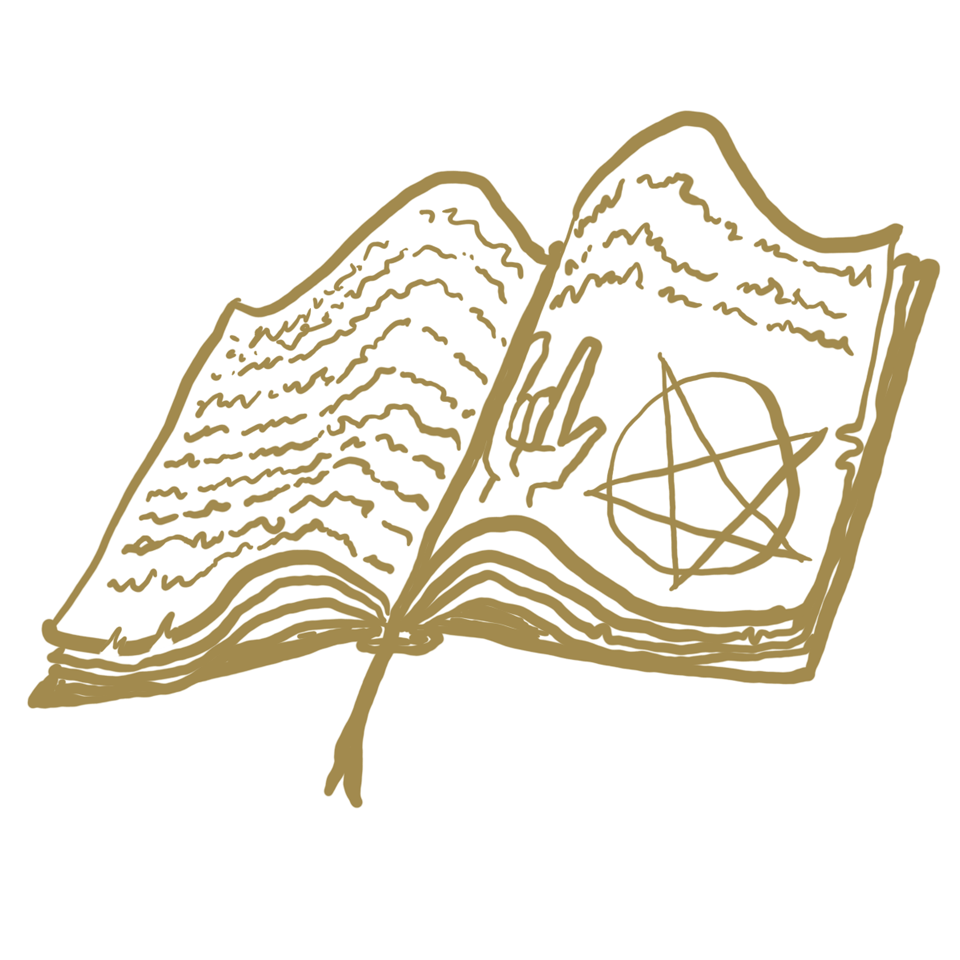 Over on Twitter, a lovely community member by the name of @the_escher asked after a list of spellbook descriptions – did I, or anyone else, know where to find a great big list of random spellbooks and grimoires of all kinds to coax the creative juices in the right direction? I didn’t have all the answers, but a couple people managed to offer a few helpful hints besides and in the end I offered to write a few up.

Rather than merely write down a couple of individual, complete ideas, I started typing lists of words down and before you know it I ended up with a bunch of roll tables to generate spellbooks. Well, I say spellbooks, but that’s a very limiting term unless we’re very loose with it, so what I actually wrote was generators for Things What Hold Spells. Books, scrolls, bones; y’know, wizard stuff.

Anyway, hopefully this works for someone out there who needs to describe a wizard’s trove in a hurry! Use one, use some, use all; there’s really no wrong way to use this.


If you used these all in order, you might end up with something like a Singed (i) Ivory Disc (ii) with Constellations (iii), which Emits A High Buzz When Touched (iv) and Smells Like Cinnamon (v), discovered Floating In Midair (vi); with signs pointing to it previously being owned by Honest Madoleen (vii). Ideally, this combination of odd bits of information gives you enough to go on and may even inform as to which sort of spell(s) dwell within this powerful object. 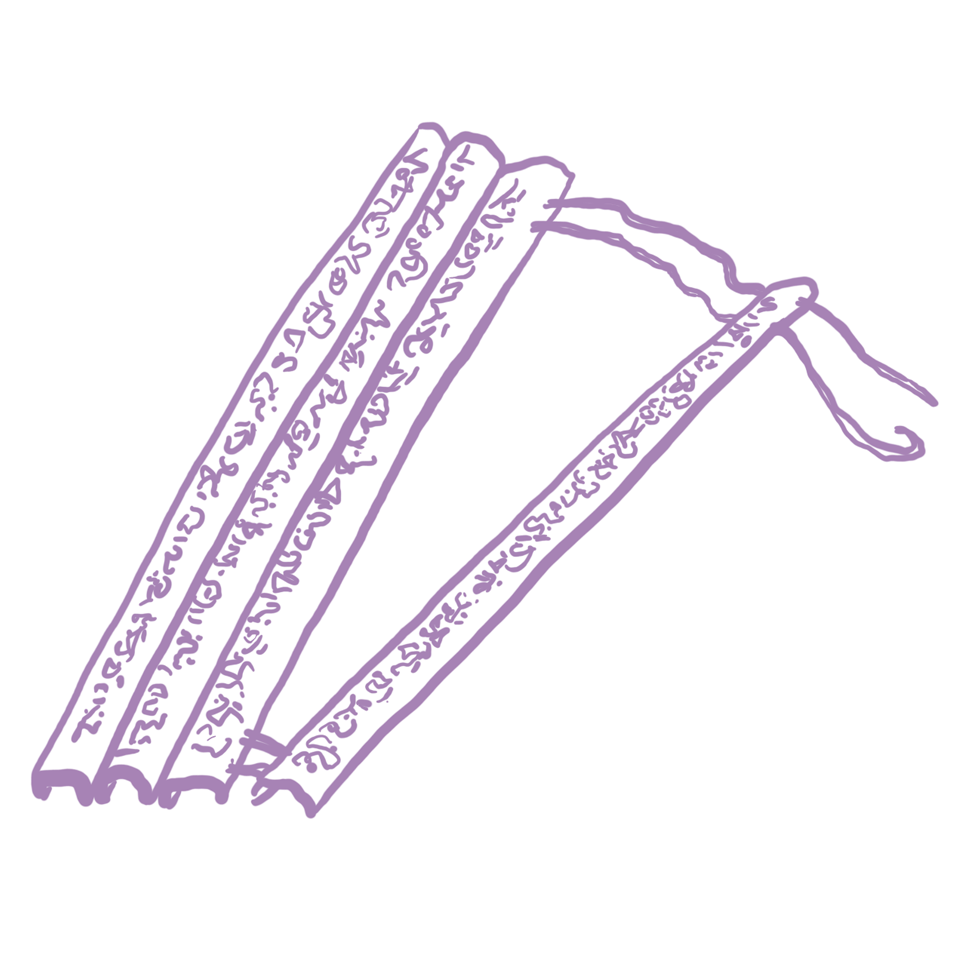 A spellbook can take the shape of bamboo staves.

But, just in case these randomized tomes (and assorted similar spell-holding-objects) are not enough, here’s some bespoke dork-things I have just written up for @the_escher and anyone else who needs a spellbook for their table:

1. The Femur of Log-Urakkh, Ogre Priest – A flat plate of bone chipped off of the massive femur of an ogre shaman after his untimely demise due to a cask of elfwine and a bridge built for humans. It is bleached an off-white, it smells faintly of bacon, and it causes sneezing in those who look at it too long. It contains the spells Hold Person, Light, and Magic Mouth.

2. Gorgeous Teo’s Diary – A wire-bound book of thick parchment pieces. Its edges are gilt with an uneven, amateur quality and the whole of it is balled up in a burlap sack tied with string. It contains daily nonsense and gossip, hundreds of scribbles of “Mr. Teo Marshtoad” with hearts in blue ink, and also a hastily-copied scribble of Speak With Animals. 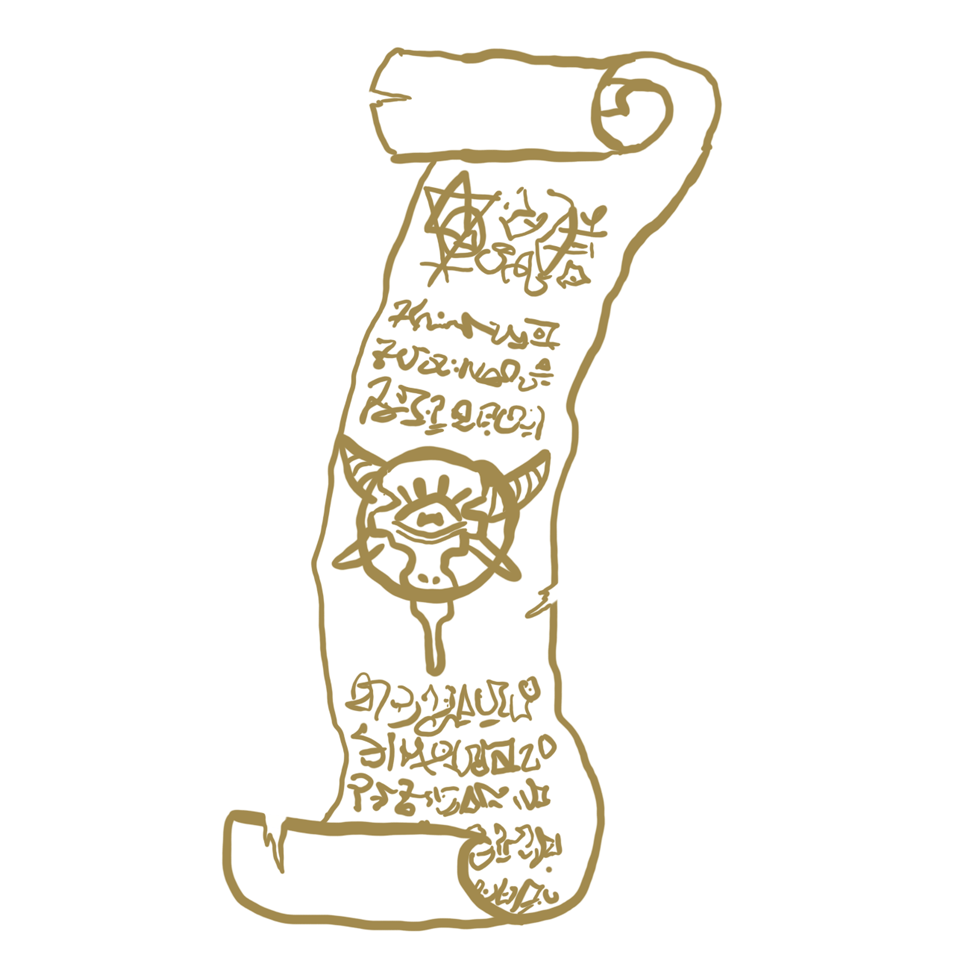 Or your spellbooks can be scrolls.


3. The Puzzle-Box of the Magi – A complicated, ever-shifting stone cube which rearranges itself at least once an hour. Its smooth surfaces constantly feel dusty but leave no trace of dirt on your fingers. Depending on the arrangement of its pieces, it reveals either complete gibberish or one of the magical incantations for Web, Cure Light Wounds, and Reincarnation. The last spell almost never comes up.

4. The Clattering Stack of Lei – A series of thin, flat boards, clasped together at their edges by bronze hooks decorated to look like a thousand fish scales. The stack can be folded back and forth on top of itself, noisily, for storage; or it can be unfolded back and forth, noisily, and its incredibly accurate (if stylized) depictions of devil worship and summoning can be read. If the drawings are treated as instructions, they result in the casting of the spell Summon [Lizard] Swarm, which is actually just a rambunctious pile of iguanas and kind of underwhelming since the beings in the drawing all look like Godzilla. 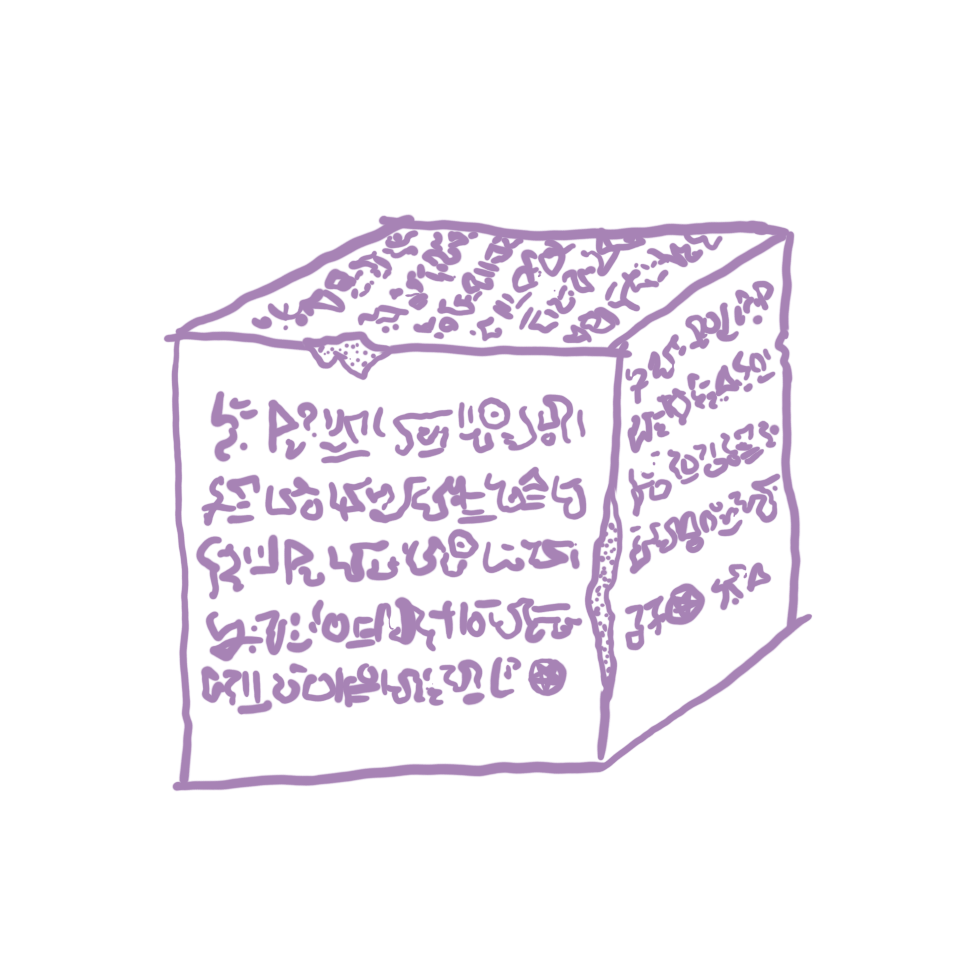 Is this the Puzzle-Box of the Magi?

Anyway, hopefully this incredibly hasty blog article published at 2100 on a Saturday night finds somebody who needs it!

If you wanna chat about unconventional spellbooks, the coolest spellbooks in your games, or generally talk about why I should learn Sanskrit or Sumerian cuneiform to make my drawings cooler, you can find me over on Twitter where I talk too much under the pseudonym @DungeonsPossums. I hope to hear from anyone who gets some use out of this!

Players are always surprised that they're not dead when they hit 0hp in my games. Aren't I one of those 'killer GMs' people are always talking about?

And it's true, I do enjoy keeping the specter of death ever lurking nearby in my player's thoughts...(blog link in next tweet)

Weird little incentive structures poisoned and then became the whole of Game Design from TTRPGs to AAA videogame franchises. https://twitter.com/Marc_Normandin/status/1558080676120895488

The zine will only be available in Japanese, but its beauty transcends any language barriers.

Links and more info in the comments below 💀🏯

Reminder that we are running out of days in 2022, so use every opportunity to cite the date as MMXXII, because paired digits like that is neat!