I. The Cave Tick 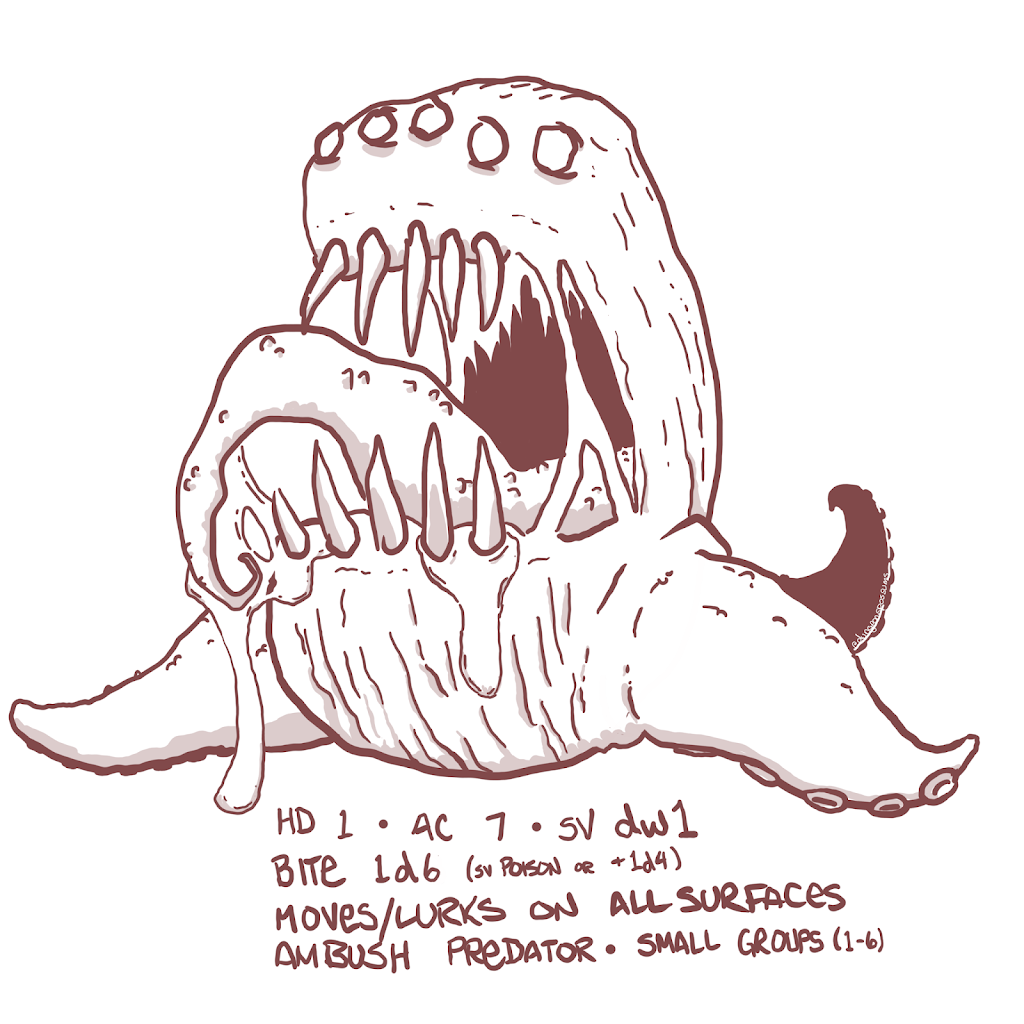 (did you know MS Word for iPad doesn’t copy/paste the table formatting itself, just the contents?)

The Cave Tick is a pale, fleshy creature about the size and color of an overstuffed kitchen garbage bag. Other than its narrow, sharp teeth, the Cave Tick has little to no skeleton. It has the texture and unpleasant dampness of pruny toes fresh out of a bathtub. Cave Ticks cling to the surfaces of subterranean caverns and chasms with their tentacle-like appendages covered in grooved suckers; many hide between stalagmites or hang from stalactites awaiting prey. They see movement extremely well even in pitch-black environs, but are frightened by fire.

There’s a wet splatter in the dark area ahead in the second sub-basement of the tower of the mad wizard, Korthos. Before the sound finishes echoing, the stench reaches you, the stone tunnel awash in reeking waves reminding you of the outhouse you passed out in after your last night of carousing. There it is, out of the inky shadows: animated sewage slapping and sliding across the flagstone floor, its bizarre eyes popping out of its vile corpus and hovering, fixated on you, before being subsumed once more into the fetid slop. You shudder as it forms hands that reach for you; you clasp your gauntlets around your buckler and grosses messer – and then you reel with exhaustion. Your vision dims. Your eyelids grow heavy. The last sight you see as the sloppy mess of sewage slides towards you, arms outstretched, is one pale floating eyeball glowing an uncanny green. 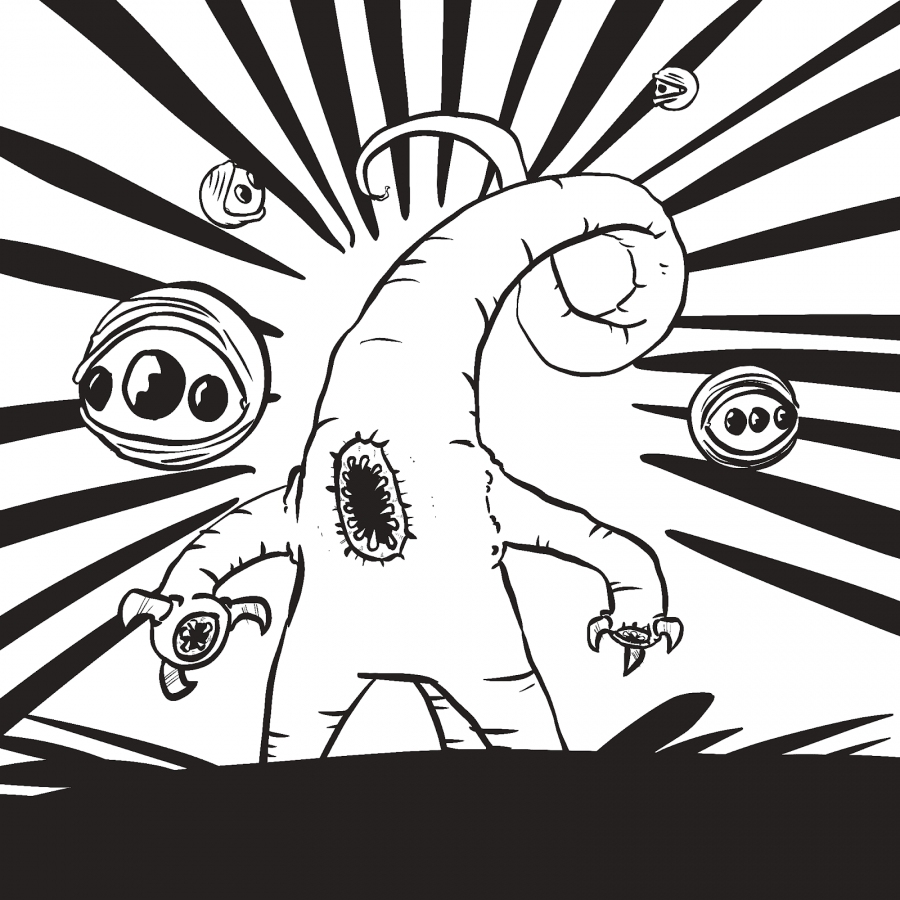 But it is real.

It is real and it is twelve feet tall with a whiplike appendage where a head would be and a flexible arms terminated in sucking mouths surrounded by locking claws. It moves in most directions equally easily on three legs, and its gaping central maw crushes and tears its foes apart. Worst of all, its three-pupiled eyes float separate from its body, whizzing this way and that, hovering silently and unnoticed amongst the trees before streaking past on their way to new vistas. The Ravener sees much. It is always watching its territory. And when it sees prey, it marches toward it inexorably.

I doodled and wrote these monsters up separately days and days apart from each other and yet somehow there is definitely a theme of floating eyeballs! Unintentional, but cool – I love weird monster gimmicks. Floating eyeballs are awesome.
Hopefully this trio of monsters helps you ruin the days of some player characters. If you use them, I’d love to know about it! Post below or drop me a line via email or Twitter: @DungeonsPossums.