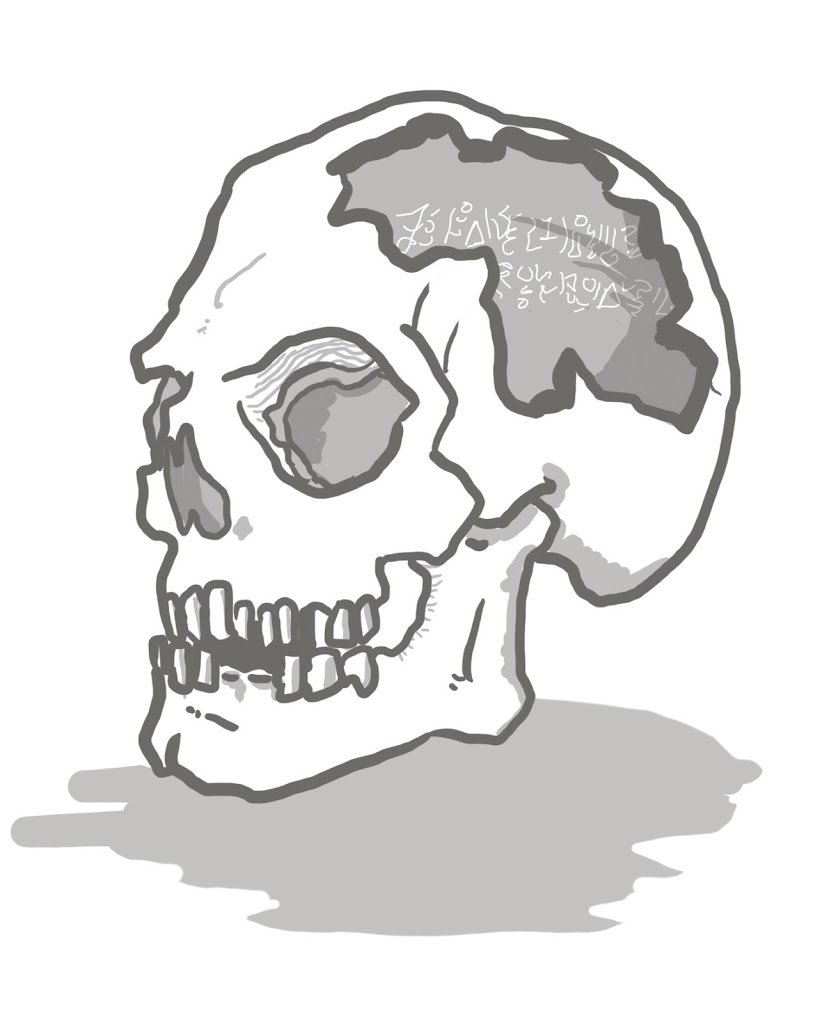 Spells etch themselves on the inside of the wizard’s skull in the language of sorcery. To get a new spell you need to crack that skull open and tame the spell so it will etch itself on your skull’s interior. A little Vance and a little Reichert inspired this thought. 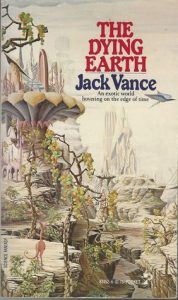 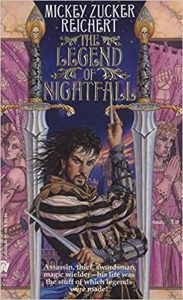 Vance’s Dying Earth series needs no introduction here – one of the seminal works of fantasy fiction and a huge Appendix N inspiration to our favorite game about dungeoning dragons, it is the basis of the Magic-User/Wizard class and its spell memorization. Magic, being a wild, living thing, takes a tremendous amount of work to pin down and to cast a spell is basically to release it from the cage you trapped it in when you memorized it that morning.

Reichert’s Nightfall duology is a lesser-known fantasy series about a titular legendary thief and assassin who is captured and oath-bonded to assist a young prince. Nightfall himself is a sorcerer, and in this universe sorcerers are basically X-Men mutants trapped in the rules from the movie Highlander. Some are born with a manifestation of magic: one unique power. Nightfall can become as light as a feather or as heavy as a stone merely by thinking of it, making him an expert prowler and burglar. Some sorcerers are not content with this, and they slay other magicians to steal their power in a form of ritual murder.

In D&D, often you will gain the opportunity to learn a spell by slaying a combatant wizard and grabbing up his spellbook in your greasy little hands like the ghoulish crook you are. But, why stop there? Why not take this a step further?

What if the wizard had a spell trapped in his mind, literally etched on the internal surface of his skull as you would record it on the pages of a book with a quill. What if he had many? What if monsters did? Since magic is a living, vital force – and capital-M Magic is a language (Read Magic is, after all, universal to all written magic; it’s not Read Elvish Magic or Read Abyssal Magic), why couldn’t it etch itself into the skull of that dragon you’re fighting?

I mean it’d be a cool idea and all just as a form of flavor but we can go farther. We can add some mechanics or something to play with. It doesn’t need to replace extant systems for finding magic spells in the world – texts still exist, scrolls still exist, and so forth – but it can create a potential for a higher-magic world with a high-risk, high-reward gameplay reinforcement. A mage’s spellbook may have some of her spells, but so too will her skull, and it may not necessarily be the same assortment of spells in both sources. Similarly, some enemies who use magic who may not have grimoires will have the spell etched into their skulls, creating opportunities for player characters gaining spells if they will take their chances fighting the beasts.

This incentivizes mages (and parties with Magic-Users) to seek out and combat magical foes and casters rather than avoid them, so there may be knock-on effects here. It also encourages parties to fight to the finish against certain enemies when they may otherwise cut-and-run. It also provides clear reason for mercenaries, rival parties, enemy warbands, and big bad necromancers to want to murder the party and slurp out their delicious skull words.

Hopefully, this works for you or at least gives you an idea for an image or a system to employ in your games! As always, you can get in touch with me here in the comments, or you can go peel open my skull on Twitter where I post multiple times per day as @DungeonsPossums.

Some filler art for Evey's cyber punk adventure that I am drawing in a retro cartoony style.

Today I got myself a game of air piracy!

I'm getting sick.
Running out of spoons to try & hock my wares.
but we didn't make the sales goal for the last bundle so I really need to sell some shit...
So maybe some of you new followers would wanna buy some sad, weird, gay ttrpg shit written by a homeless trans mom (me)... 4

Evening #dnd crew: I wrote a review of Emmy "cavegirl" Allen's prehistoric fantasy #OSR game Wolf-Packs & Winter Snow, which has some super fascinating mechanical and fiction-driving elements and the eminently useful random tables that she is known for!

So, who's ready for this? 🌊🦑⛵️
Campaign goes live this Thursday, 4pm GMT.