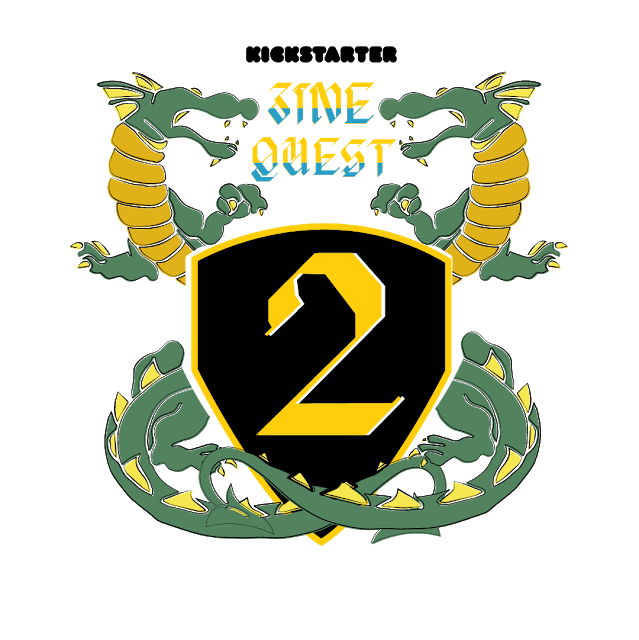 I accidentally deleted this whole article once on the eve of posting it early, so let’s just try to get right back into it. Sigh. Anyway.

It’s the most wonderful, wallet-hurting time of the year – Zine Quest 2020! What’s Zine Quest, you ask (because you live under a rock with an ogre named Gezelnorp)? It’s an event put on by Kickstarter, two years running now, to promote the creation and dissemination of the old-school lifeblood of the early role-playing game scene – zines. Zines were around in the formative days of the role-playing game hobby; like so many other subcultures, amateur creativity and communication buoyed the spread of ideas. Role-playing games especially benefited from the zines created by dedicated fans throughout the years, from the 1970s through to today; being inherently a scene full of publishers, authors, artists, and ideas, we’ve seen some of the best and brightest of this hobby and industry get their start in the world of amateur zines. Zine Quest aims to promote this rich past, present, and future.

Last year I kept up with weekly posts throughout the month of February, tracking the zine campaigns that appealed to me and which I thought would appeal to others who read this blog. I included super-brief, largely inaccurate elevator pitches for each one alongside a link. This year, I aim to do the same. As before, I will be focusing on zines I want to read and, more importantly, which I want to use. Personally. So it’s purely subjective, and it’s in no particular order at all. This isn’t an exhaustive, definitive list. This is just my particular flavor, friends; no slight intended to anyone in the Zine Quest arena whose work isn’t featured here; I will do my best, though, to inform everyone of anything old-school (or close enough) so y’all can pick for yourselves. For the purposes of disclosure, I am including also which zines I backed and at which level with boldface text.

It’s not as pretty as it once was, or as well-written, but it’s there, and it’s done, and it’s live one day early, so maybe we can all appreciate those little bits. I hope this list helps folks discover new zines or perhaps to see what tastes we may share to hopefully help folks make easier choices of where to throw money at Kickstarter.

Please do not count what I’ve spent because it’s hazardous to my health.

If you wanna talk to me about zines, D&D, Zine Quest, or anything other than what Zine Quest costs me each year, please give me a shout over on Twitter @dungeonspossums!