It’s time, friends. It’s time to devote an entire blog post to something happening right this very moment that you can get in on. After this blog post I’m going to get a suit, rent a conference room at a hotel near the airport, and try to convince people to buy timeshares. But this is much more important right now.

How did this happen?! 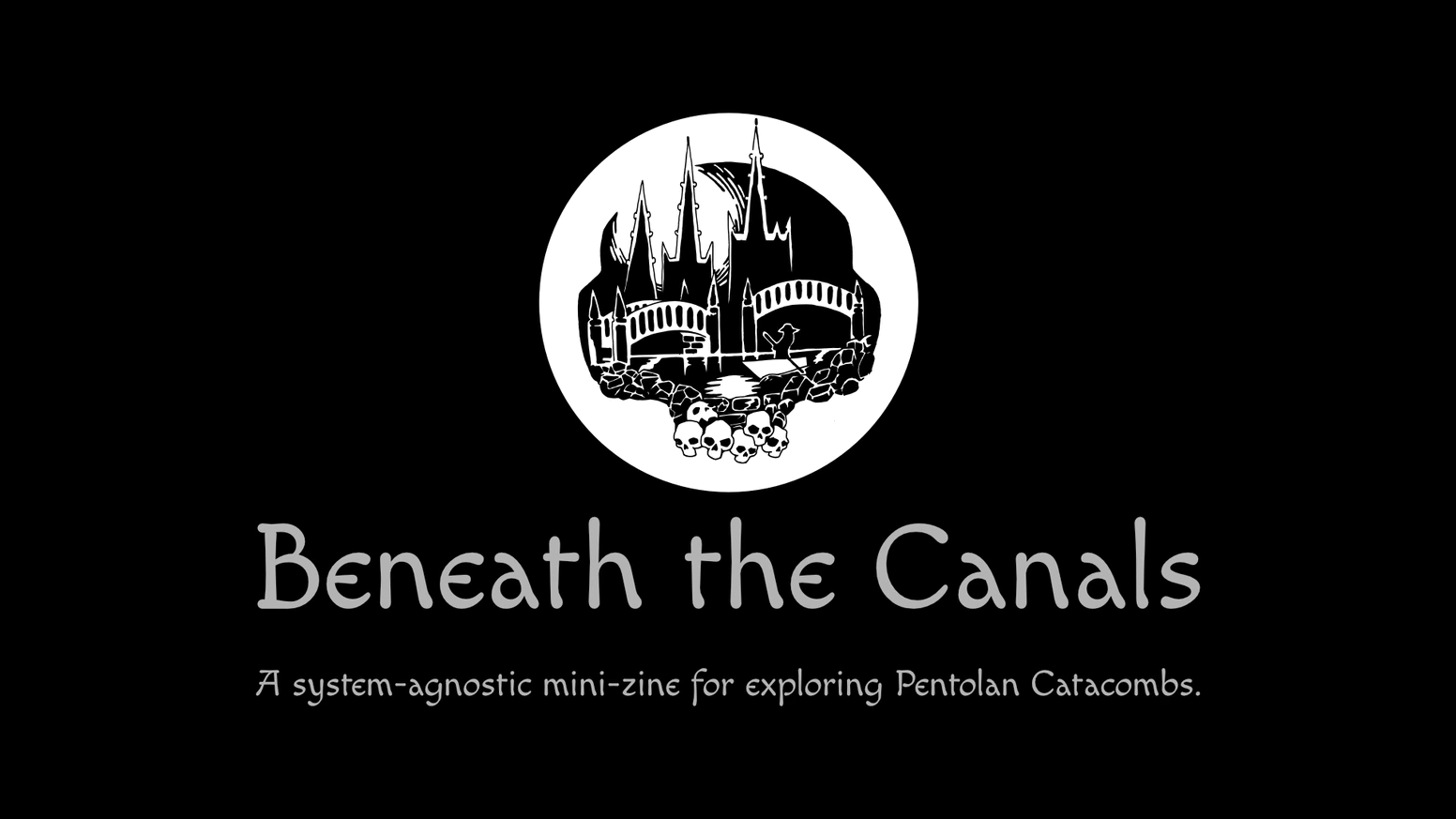 Beneath the spires and stones, the canals and isles, the Catacombs breathe, inhaling life and exhaling danger… and the smell of treasure.
When the brave, greedy, desperate, or foolish venture beneath the stones and soft waves of Pentola they find themselves in a world made by Those Who Came Before, though shattered and marred by some ancient catastrophe which buckled the earth and loosed a seemingly endless flood of magical creatures and monsters into those halls of the dead.
So, what is this?
This single-sheet mini zine (zini, if you will) is an experiment in pushing the envelope for information density, layout, and gameable lore. It is written to be system agnostic, allowing you to take adventurers from any world and game into the catacombs described inside.
The inside spread describes how to procedurally generate dungeons on the fly or in advance complete with dozens of possible encounters and a back cover which is a quick reference for all the mechanics contained within.
What’s the status?
The content and tables for the zine are already written and laid out, the only piece that remains is the art for the front cover and the spread.
Why a Kickstarter?
To make it possible to do a small, high quality print run of this zini and prove out the format more broadly for other projects. If Beneath the Canals does well, it means we can make more content of this density and format and get it into people’s hands sooner and more often.
Specifics
Beneath the Canals is system agnostic and includes 4 tables with over 250 possible rooms, over a thousand possible demons you might encounter, and over 200 encounters, all in two A5 pages of content. The content and mechanics are designed to be hackable and malleable, leaning into making life as an OSR referee easier, not harder. The physical zine is a single folded piece of A4, giving you an A5 cover, two A5 pages inside for the content spread, and an A5 backcover which includes the quick reference tables.  The zine will be printed at Mixam.
Stretch Goals

Let’s talk, and I’ll bullet point key items since you probably have a lot of other stuff to do today:

You can go to the below link to support this ZineQuest Kickstarter campaign:

Click Here to Support Beneath the Canals on Kickstarter

Thank you for reading all this, and for being cool people. Hopefully I’ll see you sometime in April with my name on the cover of a neat little thing! If you have any questions, comments, concerns, or you just want to talk about a body you found in a sewer beneath Paris one time, hit me up in the comments below or over on Twitter @dungeonspossums and we’ll shout at each other a few characters at a time.