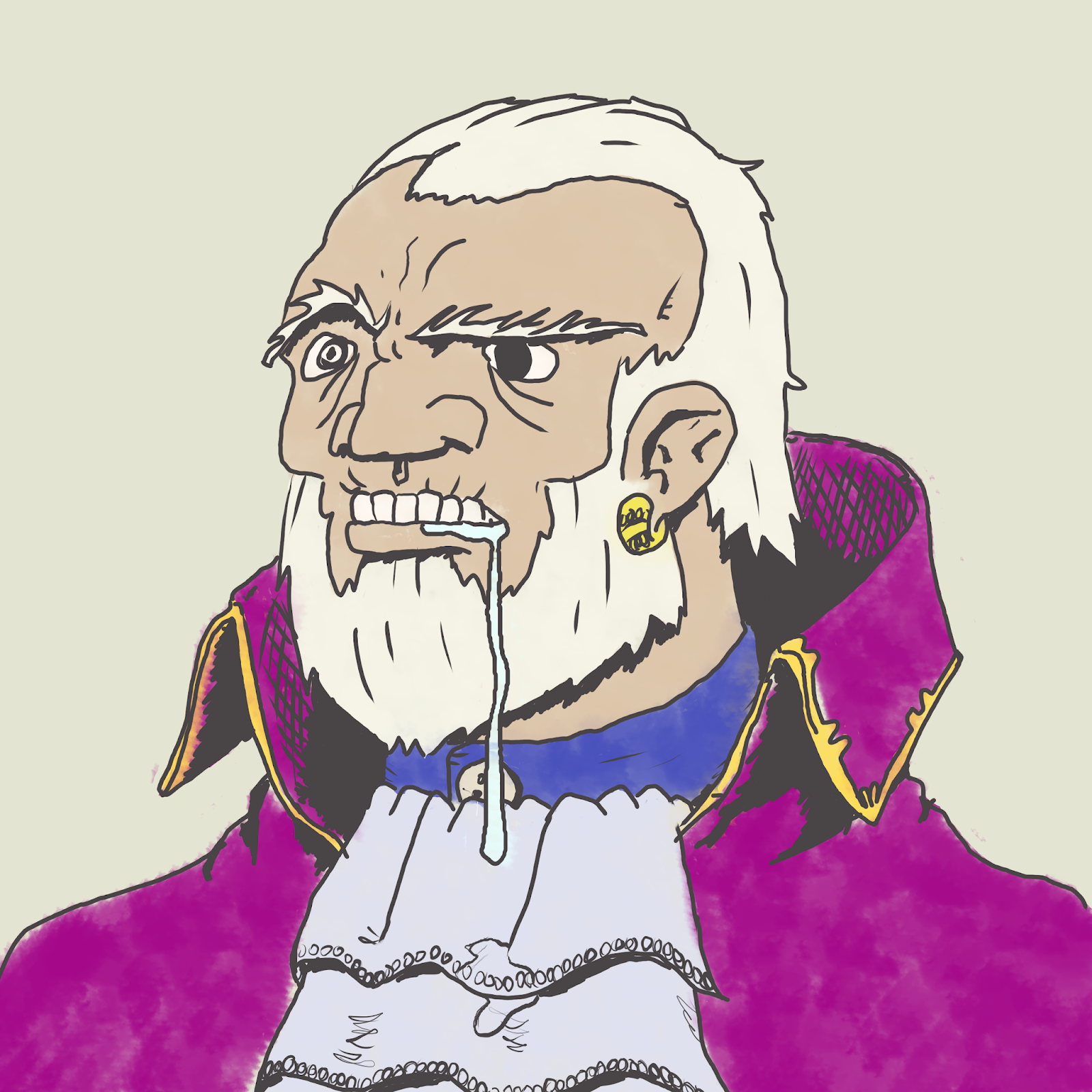 Everybody knows the wizard is the smartest, most educated person around. Shrewd when it comes to complex, enigmatic puzzles. Overflowing with the sagacious genius of a thousand tomes. Astute and sharp-witted even under the judgmental gaze of the most intriguing of courtly consorts. Everybody knows that.

Except, unfortunately, for your wizard.
Your wizard chews on wands he finds in treasure piles within the hellish bellies of enormous cannibal beetles in the caverns of the cult of the trickster god. Your wizard tests doors for traps by hand. Your wizard raised a rust monster from a hatchling, until it devoured your gear while you slept. Your wizard believes the songs of mermaids, and the only lesson your wizard learned from the last time he believed them was to wear fewer clothes this time so he doesn’t have such a hard time swimming to them. Your wizard is an Extremely Stupid Wizard.
Some wizards are not clever. Some wizards are just plain stupid, even when they’re smart. These spells are for those wizards. If your wizard has a WIS score of 5 or less, your wizard gets a bonus roll from the spells below every other class level; if you get a spell your wizard already knows, they forget that spell. Wizards may roll a result they cannot yet cast. In that case, they get a flash of brilliance and write it down, but cannot actually learn and prepare the spell until they reach sufficient level – they should record this as an unusable scroll or spellbook in their inventory.

This spell tells a wizard how an item tastes – any item at all – without the wizard actually needing to put the object in his stupid fucking mouth. This seems useless to the outsider, but the Extremely Stupid Wizard can learn a lot from the flavor of items man was not meant to taste. Routinely, cursed items will taste like a spoonful of coins and milk, or batteries, or the last bit of day-old beer, or like a dentist’s tools. Beneficial objects usually taste like things like fresh milk and coins, or 9v batteries, or the first bit of day-old beer, or like dental tools before they’ve been in someone else’s mouth. It’s a very subtle system, but it keeps the Extremely Stupid Wizard alive.

This spell instantly mixes reagents from a distance of 10′ x caster level, keeping the Extremely Stupid Wizard safely behind a stone wall somewhere safe. Rumored to have been devised by Ampeltorp the Amputated, this spell will poor and stir reagents together provided they are laid out simply and without lids, corks, or stoppers of any kind; the spectral force doing the work is actually the easily-frustrated spirit of She Who Mixes, and She has very little willingness to work around complications. She pours A into B and sometimes dumps that out onto a little C, but She isn’t here to do fine motor skills like open flasks or measure amounts. While the spell is active, the invisible spirit whispers constantly, which some say is a disclaimer of liability spoken in a tongue used on the planes of the damned; this can be heard by all those within earshot, but understood only by those with some form of ability or spell which allows them to speak with extraplanar spirits.

This spell prevents a wizard from plunging to her well-deserved death anytime she steps onto a blatant pit trap thinking that this one must be a fake-out. As long as this spell is prepared ahead of time, when the wizard will otherwise fall more than ten feet, this spell takes effect involuntarily, consuming itself and up to two other spell slots (highest level available!) automatically. While everyone knows marmots do not have feathers, Extremely Stupid Wizards are not up to speed on the latest trends of the observational sciences and maintain amongst themselves that marmots are actually a very fat sort of bird. Their certainty in marmots’ birddom is akin to a priest’s faith, and enables their magical weave to warp and weft them to a slow, safe landing in a pile of rapidly dissipating marmot feathers.

This spell helps a wizard to track down valuable caches. Casting this spell will make a wispy golden trail visible to the wizard which leads to the nearest object(s) worth 10% of their next level’s XP requirement. The trail is visible so long as the wizard follows it. However, the trail fades instantly if the wizard should halt, pause, or become distracted in her attempts to follow it. It is rumored this spell was created by the Lost Wizard, Witless Bob, and was found by his apprentice, Youleaux the Gullible. It is specifically rumored that Youleaux found this spell in Witless Bob’s notes, when the Extremely Stupid Wizard’s corpse was pulled from the poisonous quicksand he fell into after inexplicably chasing “a golden light”.

This spell makes a wizard’s appearance match his self-image. Unfortunately, subtlety is not in the toolkit of the Extremely Stupid Wizard, and so this illusion makes a wizard look sort of like an emperor designed by Dr. Seuss and Rube Goldberg. While the costume is extremely impressive, it is blatantly magical and false, and conveys no reaction bonus if the target audience has greater than 7 INT. However, to other idiots, it is so convincing as to behave as a Charm Person spell. Naturally, it is only effective on creatures with enough sapience to be interested in a hat festooned with tink-tonklers and jing-janglers along the ribbons and cords stretching down to the extra special super regal electrophonic superalchemical hydromagnificent epaulets in the first place. The illusion lasts ten minutes per caster level, or until dispelled.

This spell creates a compass which lasts 24 hours and will point towards any item the wizard concentrates upon which she has in the past possessed but has since lost. It does not work with items the wizard willingly parted with, such as coins she exchanged for goods or services, but it will show the way to stolen items. It does not indicate distance nor does it seem to limit range, which a smart wizard would worry about but an Extremely Stupid Wizard probably won’t even consider before setting off in the direction shown. If the item has left the material plane, the compass will spin wildly. After the 24 hour period expires, the compass dissolves into simple inanimate sand.

This spell conjures 1d4 very large bivalve sea creatures which cannot survive on land for more than a few hours. It is believed this was written down by an Extremely Stupid Wizard at some point in the distant past after spending a career seeking an easy route to getting buff for beach season when he tired of being a 90-lb weakling; this theory is based on the scroll’s discovery with accompanying pamphlets advertising an easy regimen based on the success of a traveling strongman by the name of Charles, the Great Atlassian. The bivalves summoned have tough shells, roughly as strong as hardwood of equal thickness, and are each about 6′ long by 3′ wide. Each is a 4HD creature with no attacks. Their meaty interior mantles are salty, delicious, and nourishing. The summoner has no further control over the creatures other than dragging them out of their watery abode through sorcery.

This spell enables the wizard to fluently speak the next language he hears, for 1d4 x caster level minutes. The Extremely Stupid Wizard will sound like a complete fucking idiot in that language, just like he does in his native tongue, and any reaction rolls towards him and his group will be made at -1.

This spell illuminates an area around the wizard for 10 minutes per caster level, as long as the wizard holds her arms raised to her sides, hands empty, as if she were a human candelabra. Should the Extremely Stupid Wizard cease this charade, the light is extinguished immediately, regardless of how long the spell would otherwise remain active. The illuminated area is equal to 10ft x caster level, but it can be reduced by the wizard, who can dim the light cast by the spell at will. While casting the light, the wizard is especially susceptible to fire, mostly because she believes she’s elementally aligned with the “plane of wax” and will take double damage from fiery attacks and hazards.

This spell enables a wizard to rise to the occasion and deal double damage on successful hits with any weapon he has for 1d4 consecutive turns, as long as he remains in immediate melee range – toe to toe with her enemies. If the wizard leaves melee range while this spell is active, he loses the benefit, and for the next combat round all attacks against him do double damage. This spell was devised by Kunga the Magnificent, shortly before she was beheaded unceremoniously after charging in to hand-to-hand combat with an orc warlord; her last words were emblematic of the Extremely Stupid Wizards of the world: “I have a great idea.”

Every once in awhile your party wizard is an idiot, either because of bad rolls and good role-playing or because your friend invited her brother, who you’ve caught multiple times trying to see how windows taste. Whatever reason your party wizard is an idiot, I hope these spells liven things up for you – some of them are actually pretty useful, sometimes in niche cases, but they’re also just as often stupid or dangerous. Some of them are just versions of existing spells as passed down from stupid wizard to stupid wizard. It seemed like fun to roll with it, and see where the stupidity might lead.