I’m gonna open this with a ridiculous admission, every word of which is absolutely true: I’ve seen the sitcom 30 Rock, front to back, more than 20 times. I don’t mean I’ve seen more than 20 episodes. I mean I’ve seen that entire series more than 20 times. I’m serious. Mostly nowadays I just leave it on in the background of whatever else I am doing, or watch it when I’m having a bad week and need a familiar pick-me-up to put me back in good humor. But regardless, I’ve still seen it over 20 times and, in so doing, wasted more than forty-four full days of my life. Don’t be like me.

With that out of the way, though, we can talk about a dumb idea that only two of you in the entire world will find funny, max, but which made me laugh when I started thinking about it: we’re gonna flat-out steal inspiration for a setting entirely from an episode of 30 Rock. Then we’re gonna add more dumb references. In the end I think we’re gonna come up with a totally playable setting. I refuse to apologize for any of this, but the weird part is: there’s something here. I’d play it, and not just because I’m apparently under the spell of some kind of gas leak orchestrated by Dennis Duffy. Stick with me, here. Humor me.

The inspiration comes from the fictional, Euro-style board game played by the characters in Season 6, Episode 12 “St. Patrick’s Day” (Hulu link here). The game bears a couple of passing nods to Settlers of Catan and other economy-centric games. Colonizers of Malaar is a strategy board game covering an entire conference table where a half-dozen players are vying for command of the fantasy realm of Malaar through economic dominance. It serves as an allegory for the career struggles of ambitious businessman character Jack Donaghy, but watching the players banter back and forth about it gives us a ton of stuff to work with:

Additionally, we can borrow some elements from Kenneth (the best character on the show) and his fictionalized rural Georgia hometown, Stone Mountain (which is, in reality, the utterly normal hometown of former writer Donald Glover, who is now a television and music industry darling). Through Kenneth, we learn much about the fictional version of Stone Mountain and its inhabitants, as well as the beliefs he was raised with:

From these two sources – the boardgame scenes in this episode and Kenneth the NBC page throughout the series – we can derive a map and much of the setting’s tone and details.

First, the map as we can see it in the episode: 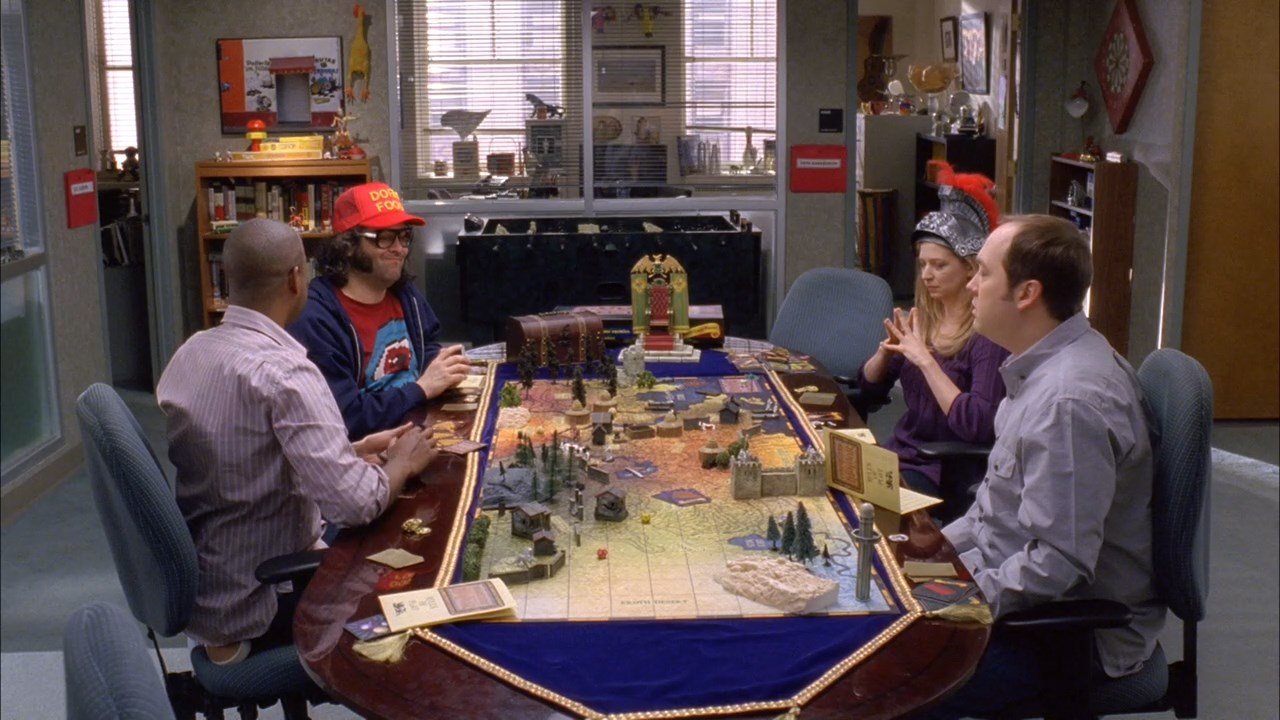 Second, let’s try to piece together the cues from the episode and weave something of a story or setting from them:

So now we’ve made sense of all the key boardgame ideas and slipped all of Kenneth’s weirdness into the mix as well. That brings us to step three, the map we derive (with some liberties taken): 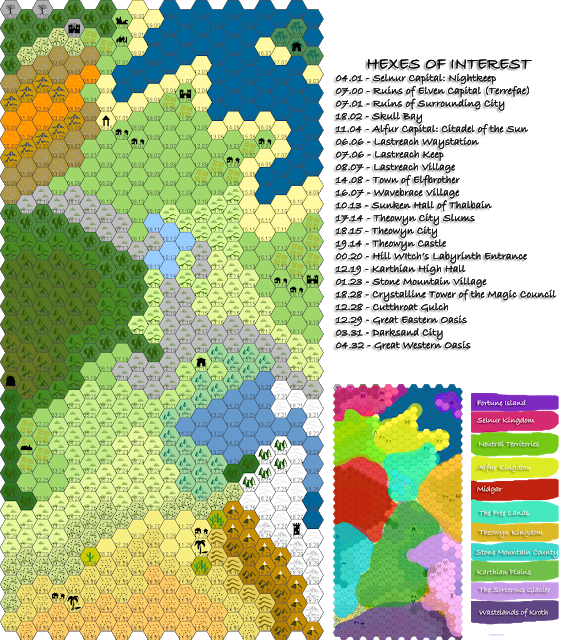 We’ve got a key and a political overlay to help make sense of it all. The process of making those disparate random tidbits and jokes into a reasonably coherent concept gave me basically infinite fodder for tiny story hooks and gimmicks. That means we’ve taken a throwaway B-plot designed to help a character envision new avenues of business success and made a pretty functional campaign setting out of it. They really did offer a ton for us to work with, to be fair, so hats off to the writers of 30 Rock for yet another reason. I’d play a B/X open table game in this setting. Add a bunch of side entrances, a couple villages as player needs dictate, wilderness points of interest, and a lot of encounter/travel roll tables, and you have yourself a game. It worked out pretty well!

And there you have it: a massive blog post with no point whatsoever, except to indulge my own weird love for a sitcom no one else has cared about for years. If you read this far, thanks for sticking with it! If you found this funny, somehow, or you have any thoughts and inspirations of your own, or you plan to waste actual table time playing in this ridiculous setting, please hit me up on Twitter where I post way too often as @dungeonspossums or here in the blog comments. And if you work for NBC, please don’t sue me (and also please send me autographed memorabilia; my love for this show is clearly debilitating – think of it as a Make-A-Wish for a really weird, very large kid).